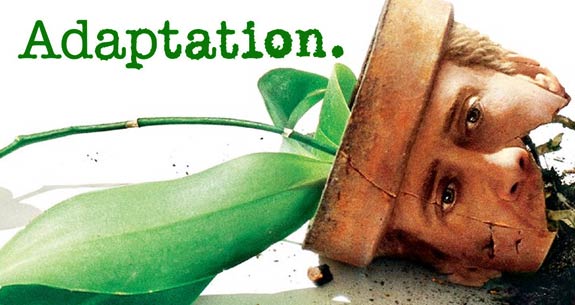 Adaptation is a rare thing. For one thing, it is the title of that rarest of things, a good Nicholas Cage movie, but rare also when it comes to nonprofit organizations who see that their own continued success is dependent on a major change in its approach or operating model. Adaptation was the main theme of the keynote address to the Unity 2012 summit by Feeding America CEO, Vicki Escarra. 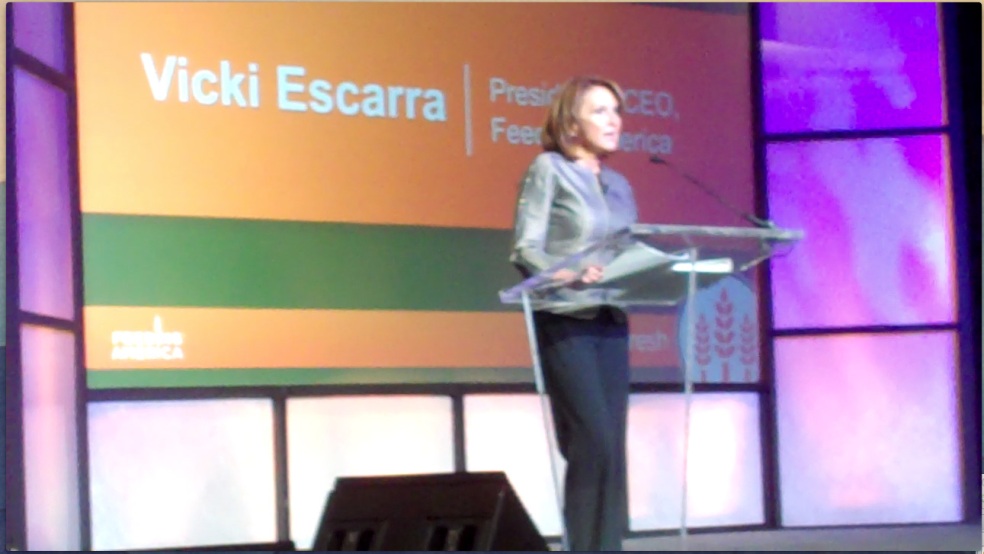 She told the audience of several hundred food bankers from around the country that getting food and distributing it was no longer enough. Building bigger and bigger food banks was no longer enough. That it was the role of the network of food banks to lay the groundwork for change so fewer people need assistance, and to improve the wellness of clients so that they are healthy enough to move toward self-sufficiency.

If this blog and the work we are doing in Santa Barbara is about anything, it is about this. Amazing amounts of innovation come out of the network, but  to hear the CEO of Feeding America say something like this in a keynote to a group of food bankers (comprising a good number of people who have been perfectly happy pushing more and more food through the system, and who would view looking at their mission as anything else as heretical )- it was still sweet music.

As I sat in one of the sessions, I was inspired to doodle a physical representation of this adaptation and what it would mean for Feeding America. This graphic comprises my view of what should happen – I don’t think Feeding America are going to drop another $20 million on a rebranding to adopt my new version of the logo, but nevertheless…

As Escarra related it, this concern about getting stuck and becoming a dinosaur came to her when she was literarily surrounded by dinosaur bones at a Boston Consulting Group conference that was being held in NYC’s natural history museum. The report to this conference indicated that the world was facing a period of prolonged turbulence with some fundamental shifts occurring for companies to be aware of. The gaps between winners and losers is growing. The link between profitability and industry share has virtually vanished. The traditional ways of planning and building competitive advantage have changed too. Instead of being good at one thing, companies need to be good at learning to do new things, and quick to read and act on signals of change.

Escarra admitted that this openness to change was also linked to the realization by her organization that increases in awareness of the issue of hunger in America were not being met by a commensurate level of response of people taking action to do something about it. Three years ago, everyone got the issue of emergency food. Everyone knew someone who lost their job and was suffering. After three years of banging away at the level of ‘Emergency, Emergency, Emergency’, people are not viewing it as an emergency anymore and want to move on.

Escarra related that great companies were fostering a culture of innovation generated by unlocking the resources of the people who work for them, and that the network of food banks would also have to rely on innovation to remain relevant. This would mean that rapid testing of new ideas and scaling those that were successful had to be the cornerstone of the way the organization moved forward, whether it was new ways of sourcing the next billion pounds of food or new ways of fighting chronic diseases like diabetes through the activities of food banks. As the world evolved, so Feeding America would have to evolve with it.

It sounds like the movement from Hunger to Health now has a powerful ally, and I for one will work to ensure that this change in the conversation becomes something more lasting – a network-wide evolution of food banks to move beyond emergency treatment and into preventative treatment.